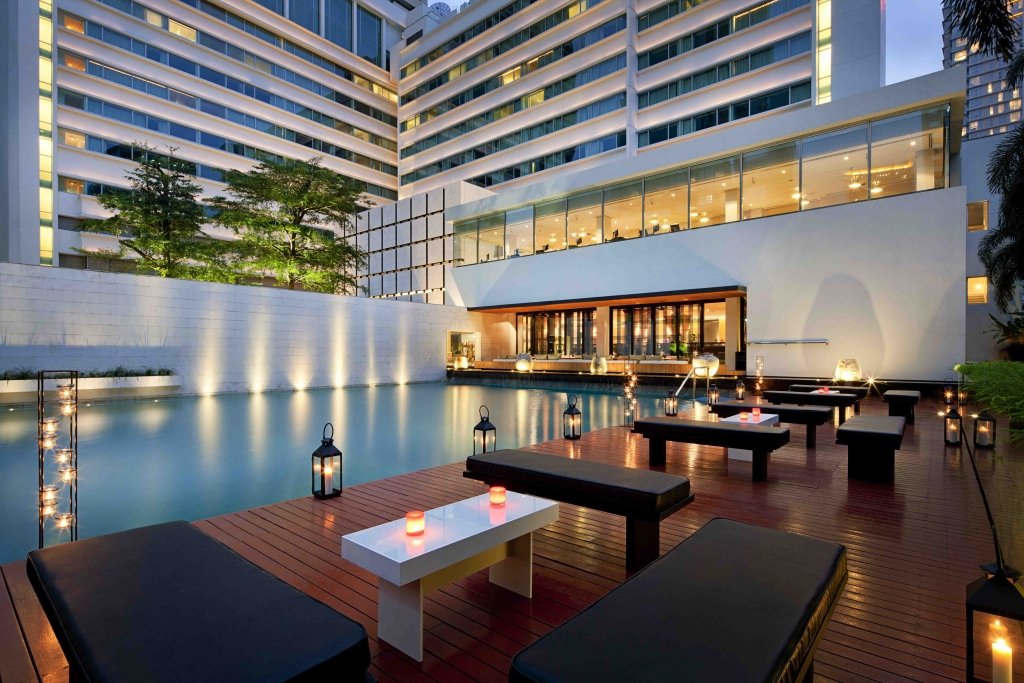 A city well versed in food and with a reputation for service, it’s no surprise how far Bangkok’s restaurant scene has come in the past 10 years. With an influx of quality cuisine and chefs from all over the world, the choice is broader than ever before and even local Thai food has been give a gourmet makeover so that now you can’t move for the shaved truffle foam, foie gras and deconstructed classics being lovingly arranged on plates all over town. And while the options are endless, there is a short list on which, in terms of both cuisine and ambience, the restaurants are hard to beat.

This week, we have prepared for you a 5-course tasting menu of Bangkok’s finest dining establishments; hope you’re hungry.

Another restaurant added to the portfolio of the chef with the most Michelin stars in the world, L’Atelier is undoubtedly one of Bangkok’s go-to destinations fro fancy foodies. With a manager, executive chef and sommelier all hailing from france, the service is, as you would imagine, immaculate, understated and artful. And yet it’s not stuffy or intimidating. The open bar concept - or “counter” - allows diners to sit around, looking into the open kitchen, where the talented team of chefs experiment, creating brand new culinary concoctions before your very eye. It’s like eating in the kitchen of a Cordon Bleu cooking school, but with less shouting. If you’re reading this, though, it’s possible you’re hoping to impress someone special and you’re looking for something a little more intimate. If so, La Terrace allow for more traditional dining, where you can gaze into one another’s eyes over your milk-fed lamb cutlets or impeccably chilled kale veloute.

On the ground floor of the Metropolitan by Como, overlooking the pool, you can dine on the terrace or in Nahm’s elegantly appointed (and air conditioned) dining room. Chef David Thompson, caused quite a stir when he (an Australian) secured the world’s first Michelin star for Thai cuisine at Nahm’s flagship in London, but even born and bred Bangkokians can’t resent him after sampling the perfectly balanced flavours of his menu, which is firmly rooted in traditional Thai cooking methods and ingredients. Choose from steamed, grilled or stir fried delights or indulge in a rich, flavourful curry - one of the signature dishes of the house is a jungle curry with Thai freshwater fish. And save room for dessert, where salty meets sweet in dishes like the sugarcane dumplings, simmered in perfumed coconut cream. 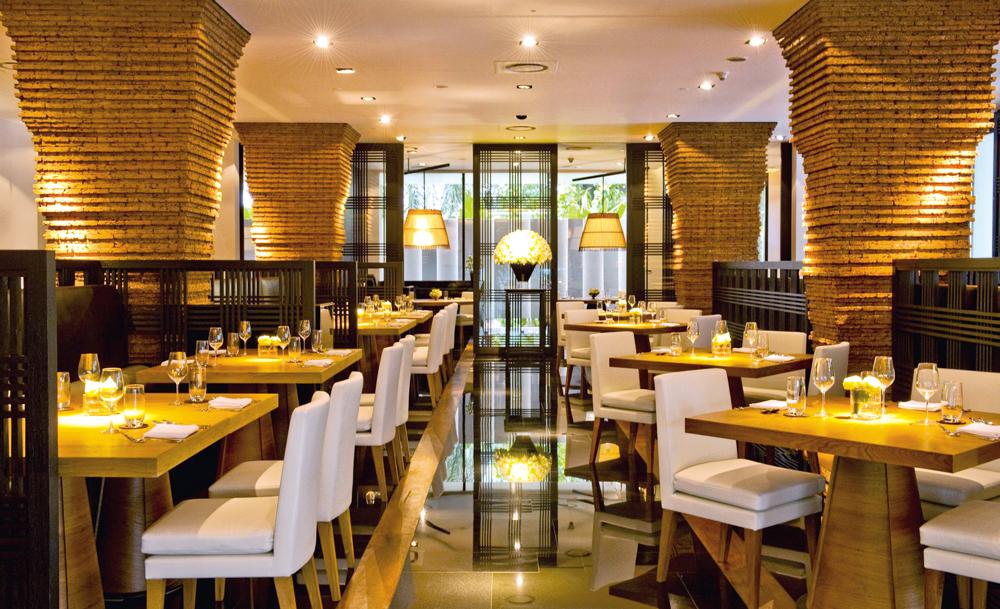 For similarly rarified Thai cuisine but with a modern twist, Sra Bua at the Kempinski hotel is the brainchild of Henrik Yde Andersen, yet another chef from beyond the kingdom boasting a Michelin star for his Thai food. Here, in traditional surroundings, where teak wood flooring is broken up with little pools bedecked with smooth pebbles, you take your seat under silk sails, to indulge in a menu that’s distinctly more modern. While all the flavours are there, the mad-scientist chefs remix everything from the texture to the temperature. When you think of a Thai red curry, for example, you probably don’t expect it to be served frozen with warm lobster. nor do you usually find your pad grapao served inside the shell of the egg. But when you get over the confusion it’s a sensory journey and a bit like discovering Thai food all over again. 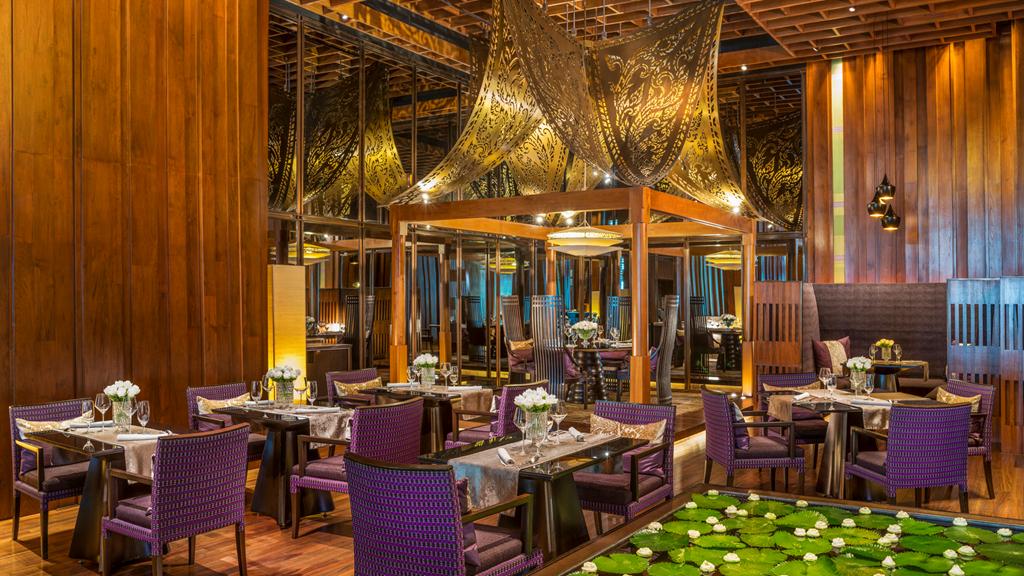 In 2015 Gaggan, the eponymous Bangkok restaurant of chef Gaggan who hails originally from Kolkata, was ranked number one in Asia by The World’s 50 Best Restaurants. In a beautiful colonial house on leafy langsuan, the stately surroundings are combined with progressive cuisine that draws on Gaggan’s memories the food of his childhood. Experience a whistlestop tour of India and its diverse regional flavours, reinterpreted using technology and gadgetry for traditional recipes as you’ve never seen them before. As for signature dishes, they are as ever evolving as the concept, with tasting menus based on seasonal produce and the freshest ingredients of the day. 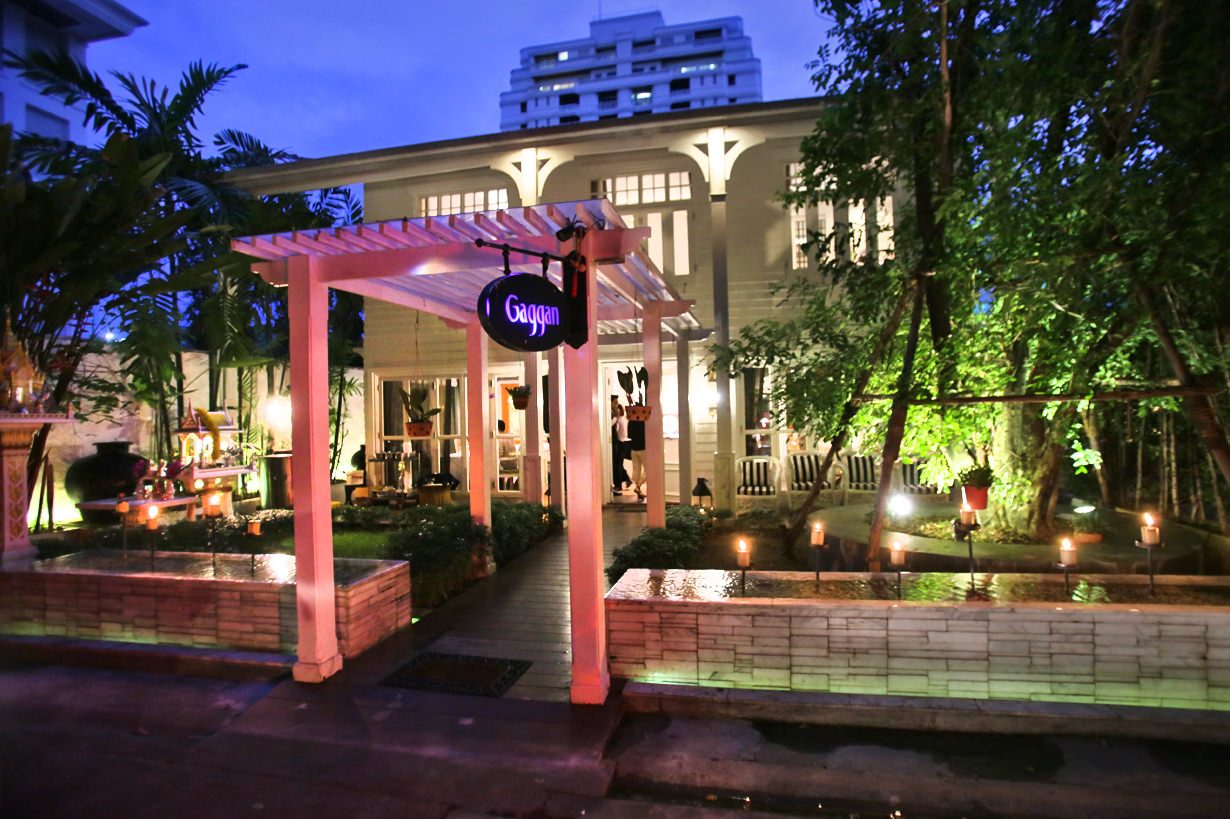 Besides the cuisine, everything is elevated here on the rooftop bar which, if not Bangkok’s most famous, is certainly its most beautiful. While it lacks the Michelin stars and awards decorating the other restaurants in this line-up, it offers no shortage of actual stars. Come at dusk to enjoy the view as you sample the signature cocktail of the house - the aptly named Vertigo Sunset and as night falls and the city lights up, sit down for an alfresco meal of beautiful crafted delights from the grill, from juicy steaks to tender seafood, as you’re cooled by the breeze you can only find in Bangkok when you’re 61 floors up. 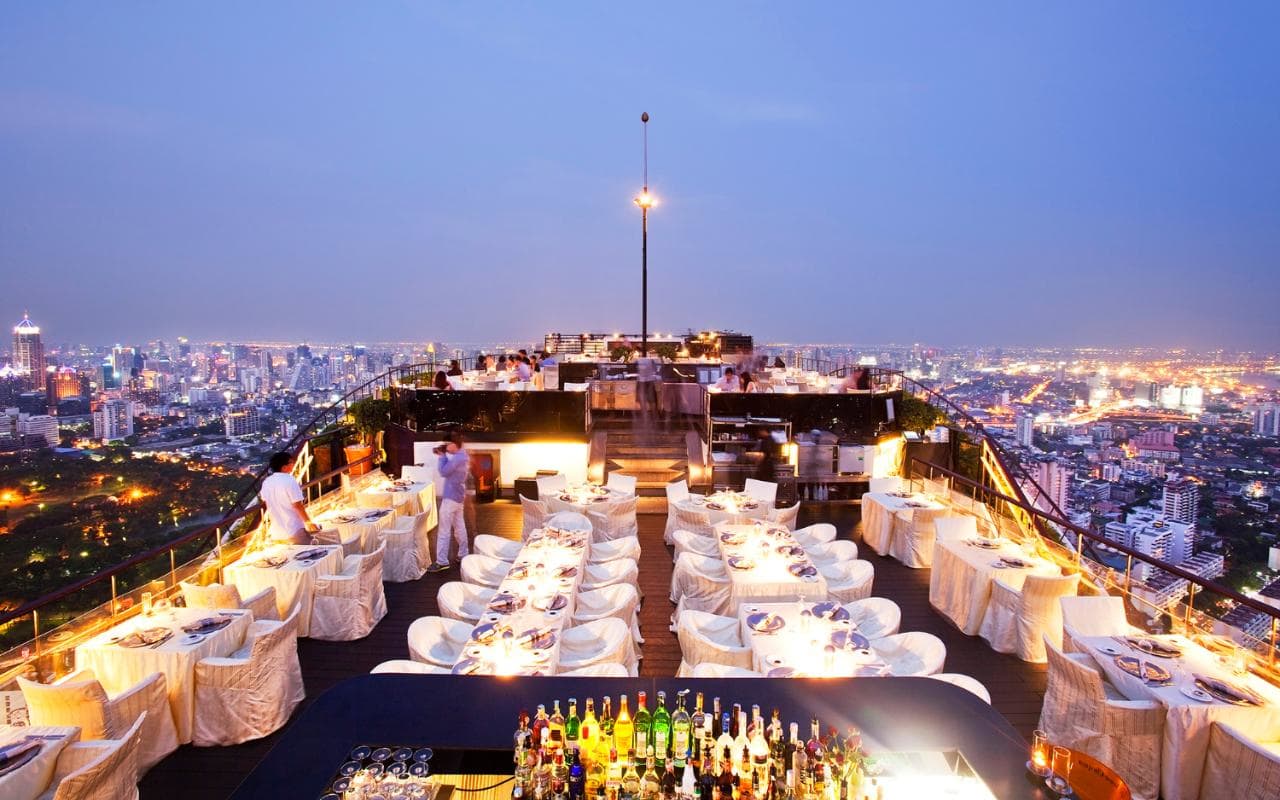 Don’t they sound delectable? Bon apetit! Stick around the blog for more unmissable delights from Thailand.